The Truth About Influencer Marketing: Is It Still Relevant?

Influencer marketing has been around almost as long as social media, but are influencers still relevant in modern marketing? | Influencers vs. Content Creators

We live in a world where digital is a vital component of any marketing campaign. However, as the online world shifts and changes, new methods evolve to market brands, products, and services. In the past few years, influencer marketing has become extremely popular amongst marketers. However, as the digital landscape evolves and changes, some question the validity and efficacy of influencer marketing.

Is it still relevant? In this article, we’re going to discuss:

Let’s start by exploring the concept of influencer marketing in more detail.

What is Influencer Marketing?

In short, influencer marketing is a type of social media marketing. It centres around using popular users with a large number of followers (influencers) to endorse specific brands, products, or services on their accounts. Since influencers have built relationships with their followers, their audience is far more likely to trust their opinions and recommendations.

The traditional concept of influencer marketing centres around the idea that only those with a high follower counts can significantly contribute to a marketing campaign. However, as with any form of digital marketing, choosing the right type of influencer is far more important than just looking at their follower count.

For example, if you have a high budget and want to run a brand awareness campaign, you might benefit from working with a mega influencer. However, suppose you want to start conversations with individuals interested in booking a cultural trip to Tokyo. In that case, you may get far better results by working with a micro or nano influencer. It comes down to:

As you can see in the figure below, choosing the right type of influencer can make or break your campaign.

The biggest flaw of influencer marketing is that these individuals are paid to influence their followers to buy a product or take an action. They do that because it’s how they earn an income, whether through affiliation links or being paid directly for the promotion by a brand. For top-tier influencers, personalization and interaction are no longer a focus, which is why they often have lower engagement rates, as you can see in the figure below.

So, is influencer marketing still relevant? Yes, absolutely. However, the success of your campaign will depend on whether you’re partnering with the right type. Speaking of which, let’s look at the different types of influencers.

As the name implies, influencers are individuals who influence their audience to take certain actions. They typically have a commanding online presence with follower counts ranging from a few thousand to the high millions. Their audience turns to them specifically to hear their thoughts on particular topics rather than enjoy their content. Influencers typically create:

Influencers can use a variety of online platforms, but the most common three are:

These platforms allow influencers to create content that allows them to garner followers.

Influencers are typically categorized by the number of followers they have. Let’s look at a few of the different tiers in more detail below and how they tie into influencer marketing campaigns.

These influencers have many followers and can usually reach several hundred thousand with a single post or video.

Mega influencers have a large number of followers, usually a million or more. They’re considered celebrities and have become household names to those who follow them. However, while they have a broader reach, they typically have less engagement from their audience. That’s why many brands have begun to question the value of using influencer marketing. Examples include Neil Patel, Loren Gray, Doug the Pug, and Marie Kondo. Mihlali Ndamase started out as a content creator but soon became one of South Africa’s most notable Instagram Influencers.

Macro influencers typically have between 500,000 and a million followers. They have an impressive reach with a broad demographic, making them an excellent choice for partnerships where a niche focus isn’t required.

These two tiers of influencers have a high number of followers, but their engagement and personalization often suffer as a result. Their content, particularly promotional content, is often limited to post where they are holding or using a product briefly. These influencers are best suited for campaigns where mass awareness is critical, like shifting brand perception by association.

Mid-tier influencers have between 50,000 and 500,000 followers. They’re significantly smaller than the top-tier influencers and don’t have as broad a reach. However, they have excellent experience in building relationships with their audience. Consequently, they often have higher rates of engagement. Aqueelah Harron Ally and MsCosmo SA are both South African mid-tier influencers.

Micro-influencers only have 10,000 – 50,000 followers and usually focus on a particular niche. They also typically have very active communities, resulting in higher engagement rates. Most importantly, they have a lot of influence over their followers and are often trusted as sources of reliable information and recommendations. Qiniso Van Damme and Melissa Brown are two well-known micro-influencers from Cape Town.

These two tiers have significantly fewer followers than the top-tier influencers. However, they tend to have a strong focus on their niche and communities, fostering engagement and interaction. When it comes to influencer marketing, these individuals are great for brands who want to target specific niches. They’re the perfect partners for targeted campaigns, particularly when brands want a more personal touch.

Finally, there are nano influencers. They only have between 1,000 and 10,000 followers but are considered as community leaders amongst their followers. They have the lowest reach but the most significant influence and are ideally suited to hyper-focused campaigns.

These three types of influencers will often put in significantly more effort when promoting a particular product or brand, especially if they use or have faith in it. That said, they’re also far more likely to share honest opinions with their followers and won’t promote something for the sake of a paycheck.

There are some similarities between influencers and content creators. Both have been used in digital marketing campaigns, and the terms are often used interchangeably. However, there are some very distinct differences between influencers and content creators and how they can play a role in digital marketing.

Unlike influencers, content creators focus on creating content rather than building a marketable influence. Typically, content creators are writers, photographers, videographers, or graphic artists who create work on social media. Their work usually falls into one of the following categories:

Rather than their influence, their work takes precedence and is usually visually appealing or tells a compelling story. They are experts in their medium and can use it to tell a story that connects with their audience.

Their content is authentic and typically of high quality. Many content creators would focus on creating content and a strong community rather than using their platform to market products. That said, some content creators can become popular enough that they can be classified as influencers. For example, a YouTuber or a fashion blogger may be considered a content creator, but they may not necessarily be considered influencers until their reach has expanded significantly.

Yes, but marketers shouldn’t expect these creators to happily snap up any opportunity to promote a brand, product, or service. Many of these popular content creators are very picky about which products they market, as their loyalty lies with their communities. Many even end up selling their own merchandise before they turn to advertisers for sponsorships.

That said, content creators can be invaluable resources. Some of the benefits include:

For example, Alexandria Ocasio-Cortez played the game “Among Us” with famous YouTubers, including Jacksepticeye, Corpse Husband, Disguised Toast, and others, to heavily market her political campaign. The honest and genuine approach allowed a young audience to connect with her, establishing “AOC” as a brand on its own.

Another example is the collaboration between content creator Casey Neistat and Samsung. The vlogger created a short video, Do What You Can’t, which became a near-instant sensation. It was an ode to dreamers and rule-breakers – those who lead and don’t believe in the “impossible”. The brand trusted Neistat, as a creator with over 12 million followers, to do as he thought best, and the result was a resounding success.

Perhaps one of the most significant differences between working with content creators and influencers is that an influencer needs and follows provided guidelines. Brands trust content creators to use their expertise to market their chosen partner in a way they see fit and that suits their style, voice, and community.

Should You Choose Between Content Creators and Influencer Marketing?

You don’t have to choose. Both can bring a lot of value to a digital marketing campaign. As with any marketing activity, it’s critical to see which would suit your campaign message the best and which has the most relevant audience. A forward-thinking digital marketer will know that there’s a place for content creators and influencers in a successful campaign.

Influencer marketing is no longer as easy as picking an individual with a high number of followers and paying them to promote your brand or product. With so many different types of influencers and their unique capabilities, the efficacy of an influencer marketing campaign depends on the influencers’ reach and interaction and how it fits with the campaign’s goals.

Additionally, content creators and influencers are two distinct online entities, despite the interchanging use of the terms. That said, both can have a place in an effective and successful marketing campaign.

In short, influencer marketing is as relevant as ever. Now, however, the who, what, when, where, and why is much more important than the number of followers. 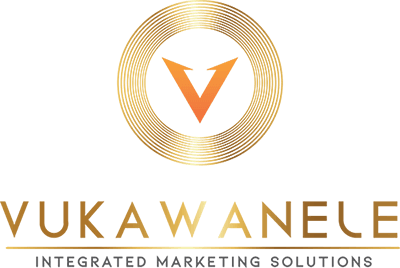